In one quick transaction, you could have two venerable Ducati air-cooled twins, rare and collectible with low miles.  The first of Pierre Terblanche’s tribute designs, the 2000 MH900E has only 1900 miles, with a nice selection of memorabilia.  With 7,800 miles, the 2006 Paul Smart 1000LE is signed by Paul Smart ( he may have been the original owner ) and has the optional lower fairings and Pro Italia exhaust. 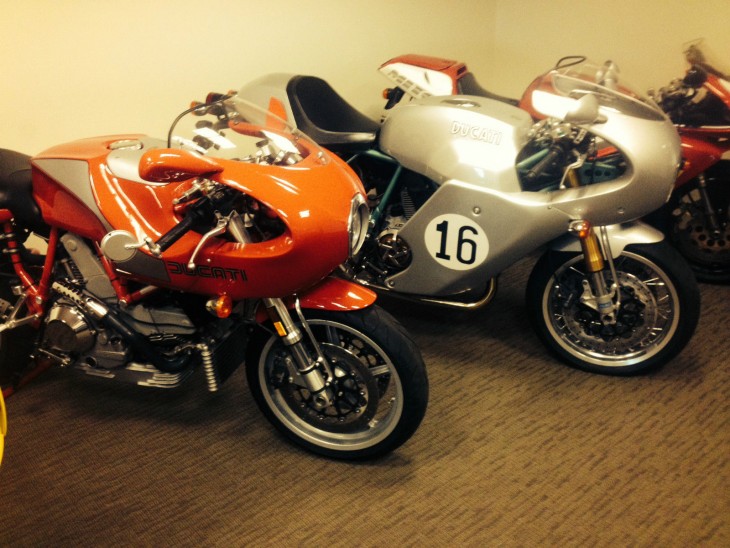 for sale on eBay 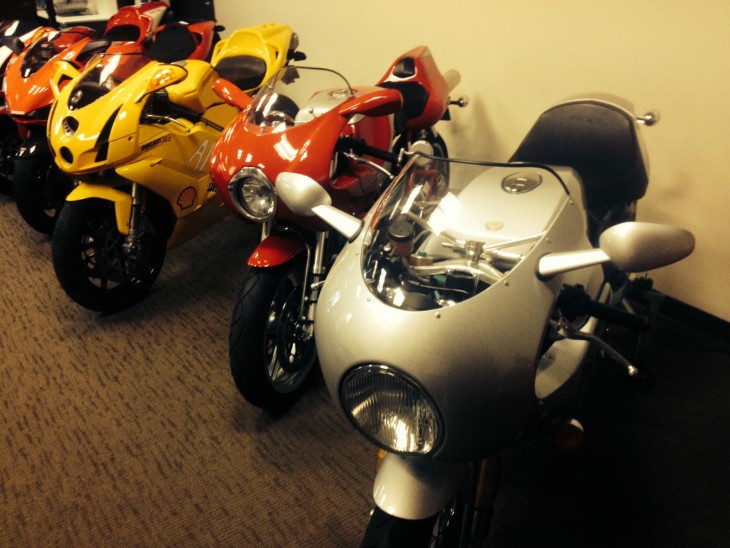 These single-cam bikes are great performers in vintage costume, the 900 having 75hp and the 1000 92hp.  With the stability and wide turning radius of a the long trellis frame, they are good-handling riders.  Current upside-down forks and single-sided swingarms are on both bikes, along with three big brake disks.  While the dry clutch is a nod to past, fuel injection acknowledges the present.  The exhaust on the MH900E is tucked under the seat, and the PS1000LE has a two-into-one with a polished aluminum muffler. 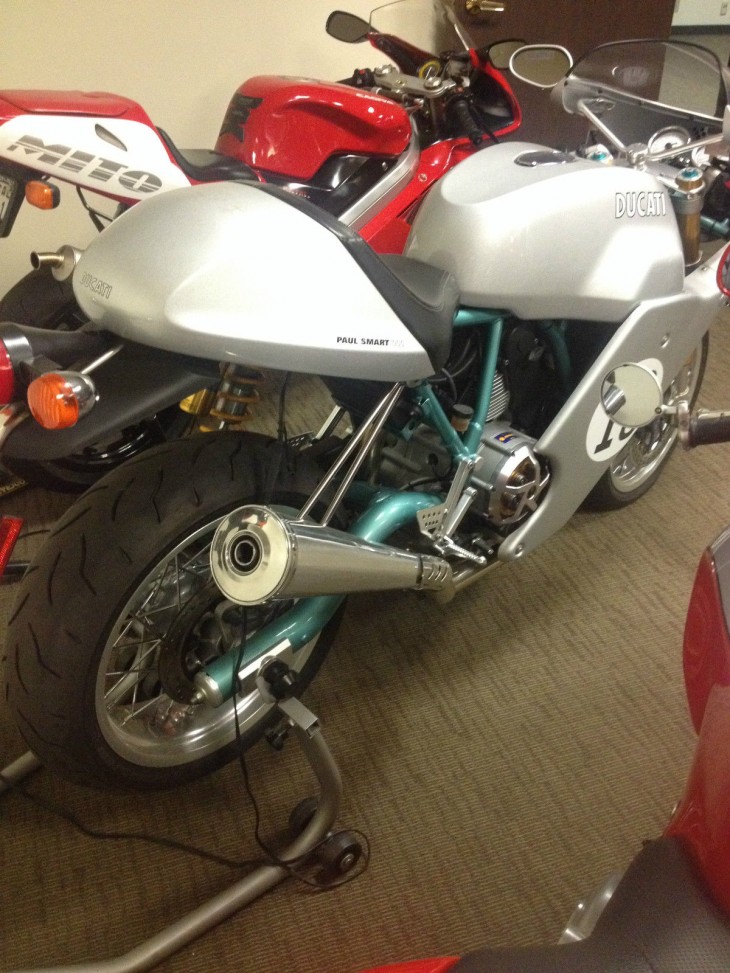 One auction price for a lot of 2 bikes.

Bike 1 is a year 2000 Mh900e, it has about 1800 miles on it and is in excellent condition.  This bike comes with the special T-Shirt with the bikes serial number which is number 30. It also comes with the matching plaque and owners manual.
Bike 2 is year 2006 Paul Smart 1000 LE with rare number fairings.  Even more rare is the rear fender signed by Paul Smart.  The bike has the original manual with it.  The bike was bought from Pro Italia in Glendale, CA.  It is believed that the pipe system was custom ordered from Ducati and came with the bike originally.  I have been told but I cannot prove the bike was owned by Paul Smart himself.  The bike has about 8k miles on it and runs very well and is in excellent condition.
We are reducing our collection and would like to see the bikes go to a good home.

Both fitting tributes, the MH900e is named for Isle of Man TT specialist Mike Hailwood, who had 14 wins there between 1961 and 1979.  Paul Smart won the 1972 Imola 200 on a Ducati 750 Desmo from which the PS1000LE color scheme is derived.  Presuming a minor amount of service to make them ready, this could be an expeditious way to an epic riding season.