The Aprilia RS250’s picture is next to “peaky” in Webster’s – mumbling around town, just butting in to the conversation at 5,000 rpm, but singing all the way to 60 two-stroke hp at 11,900 rpm.  Just 309 lbs dry, the RS250 can be a riding lesson every time out and demands only regular attention to the gearshift and a quality full-synthetic two-stroke oil. 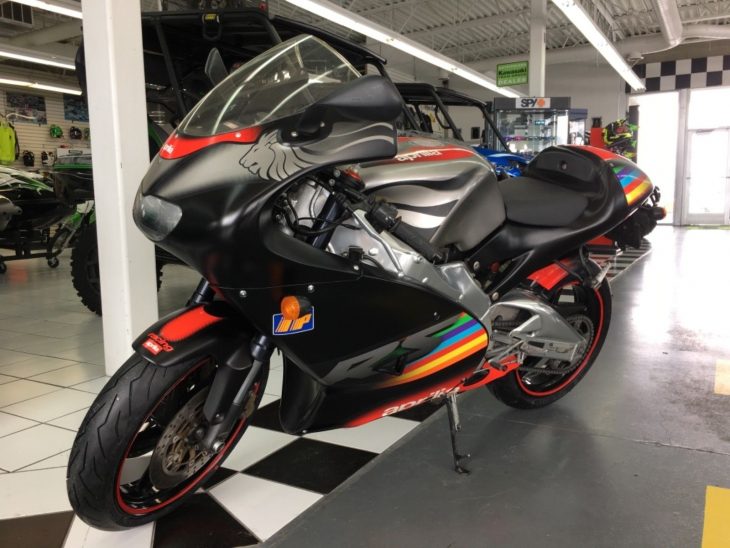 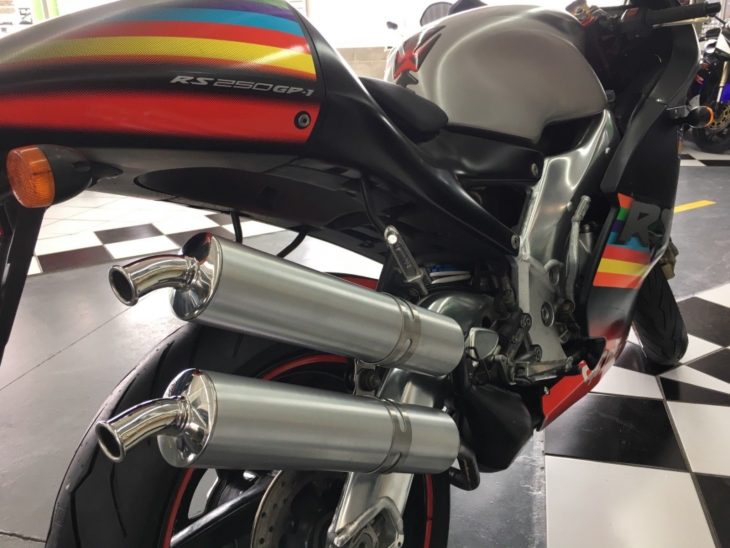 Aprilia’s racing department successes are shared with the road bike engineers, like the special alloy frame and swingarm,  40mm upside forks and fully adjustable monoshock.  The learning curve of twin 298mm front disks made unplanned stoppies an issue for one reviewer.  Combination digital / analog dash gives the tachometer priority.  17″ front and rear alloy wheels are almost invisible in black.  In case you forget its racing heritage, the kick-only starter, lightly padded seat, and just silly pillion are there to remind. 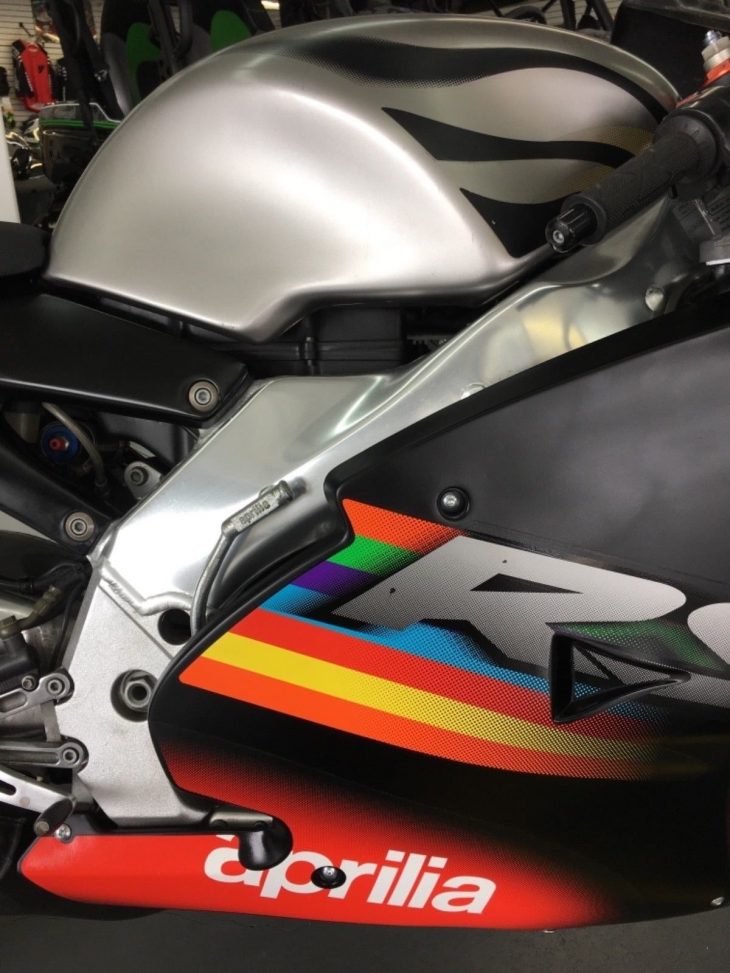 Regular readers will recognize Gary’s impeccable taste and Utah location, and this Aprilia is no exception.  With just under 11,000 miles, it’s well-presented and photographed, with just a few hints of a paint chip or fastener corrosion here or there.  The GP-1 decal celebrates Marco Melandri’s 250cc championship the year before, stripes accented by the semi-gloss black fairings.  From the eBay auction:

Only 17,652 kilometers (10,968 miles). Bike is in mint condition with only a few very light scratches and handling marks. Bike appears to have never been laid down. All fairings and components are 100% genuine OEM factory Aprilia. Bike is completely stock. Just serviced with new Pirelli Diablo tires, new battery and new engine fluids. Bike runs like the day it was new. Lights, suspension, transmission operating as new from the factory. This is a premium bike that is very rare here in the United States. Bike has a 17 digit VIN and is titled in the State of Utah. 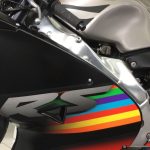 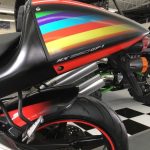 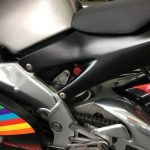 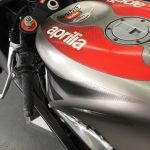 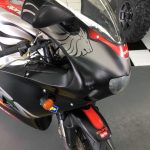 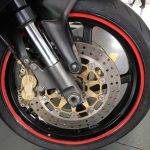 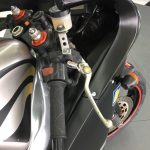 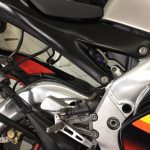 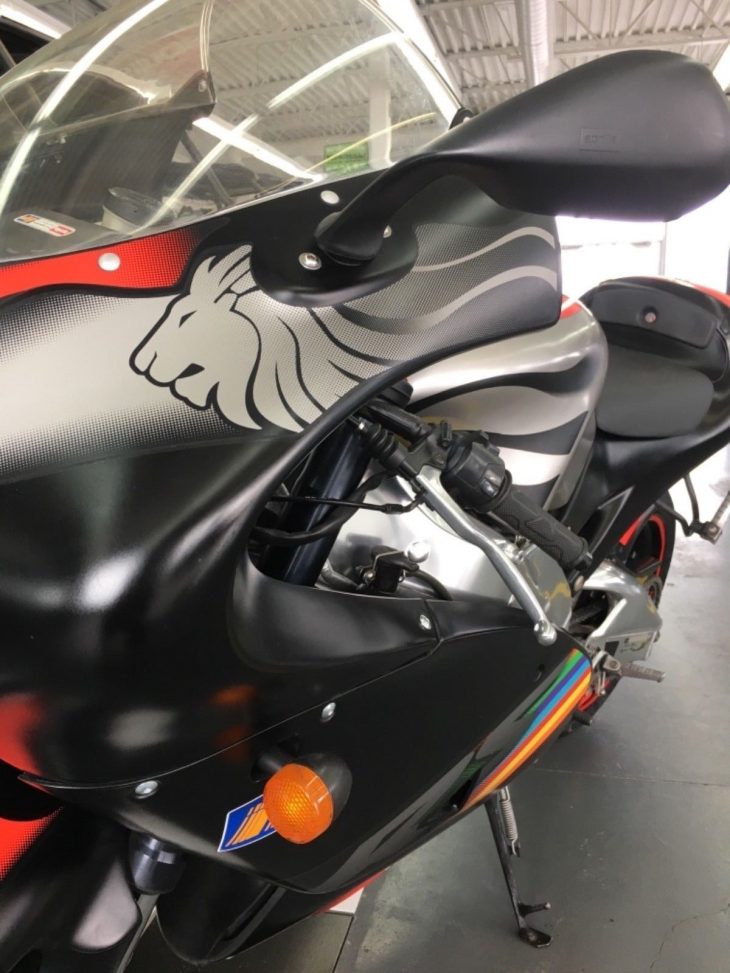 Aprilia’s lightweights had super build quality and were priced accordingly.  The Suzuki-based engine is reliable for the highly-tuned segment, with easier parts availability.  Successful almost from their racing start in the early 1990’s, Aprilia’s championships continued until the two-stroke was wiped from the Moto3 rule book in 2012.  The shrinking market led Suzuki to cease production of the engines in the early 2000’s, making this one of the last road-going smokers available, and a very nice example… 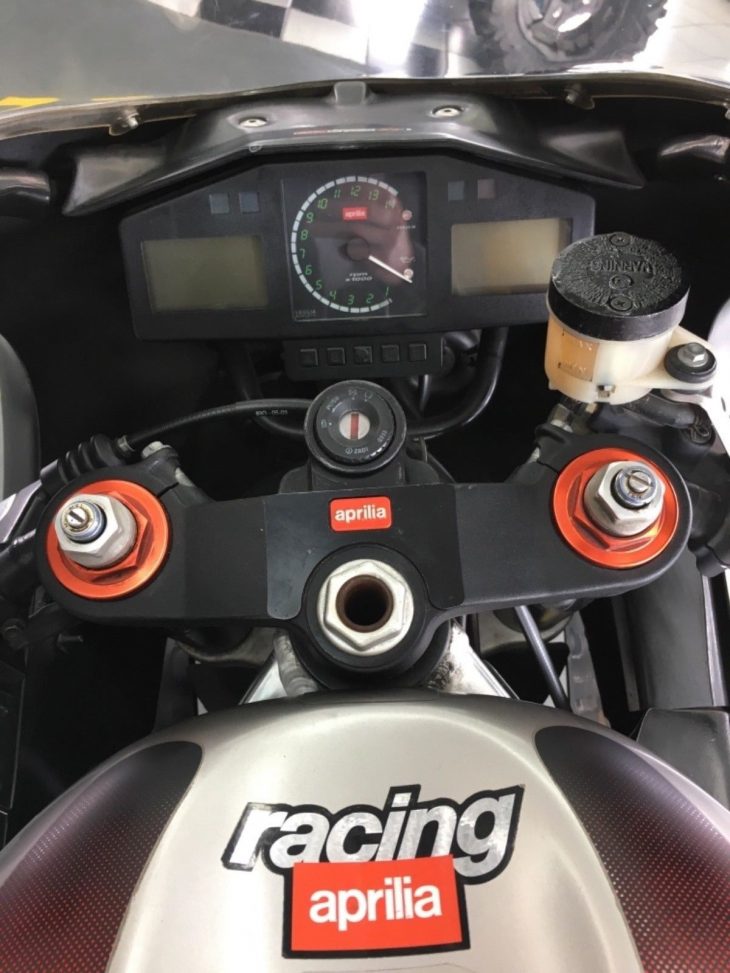