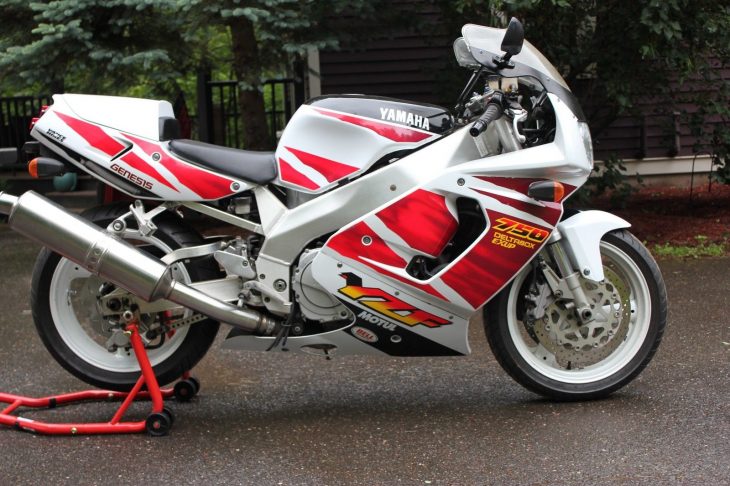 Back in the mid-1990’s the main way most sporbike fans learned about the latest and greatest developments was through a subscription to a motorcycling magazine.   For me, the magazine was Cycle and I can clearly remember reading discussions about the different development philosophies of each major Japanese manufacturer.   These philosophies are reprinted below (or at least as best I can remember them) and I think most people who are fans of sportbikes from this period will agree these are still accurate for the Japanese mid -1990’s machines. 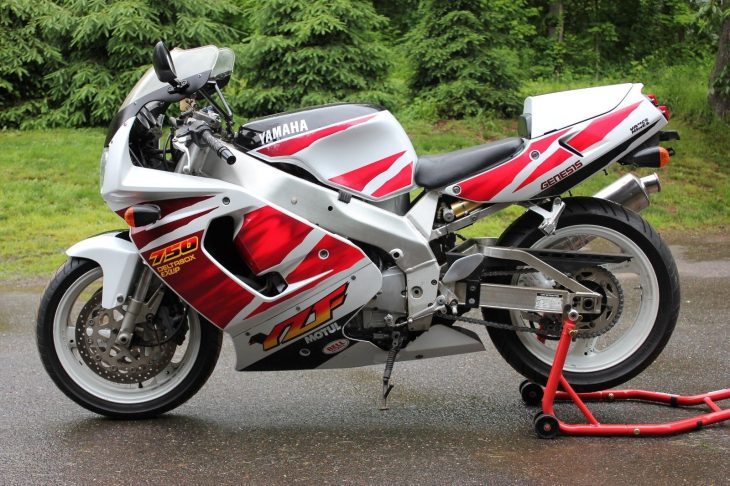 The philosophy review above is relevant to today’s post, a 1996 Yamaha YZF-750R. While the YZF-750R was the base version of Yamaha’s YZF 750 lineup and wasn’t as exotic as it’s lineup siblings, it still had the same basic design. Yamaha tuned the R to be good for both street riding and canyon carving and the R actually won the 1996 Sport Rider magazine bike of the year.. While it didn’t sell in the same numbers as the Suzuki or Kawasaki 750cc machines, he R version still has a very active fan base as evidenced by the EXUP Worldwide forum. Here is what the seller has to say about this particular 1996 Yamaha YZF-750R. 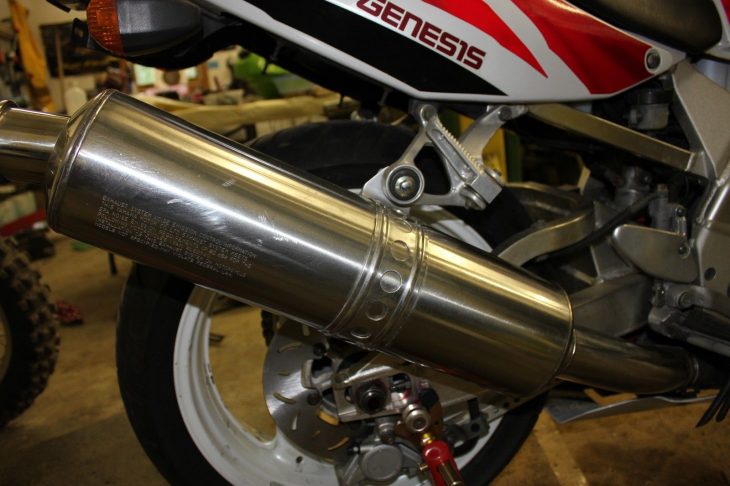 In case you are wondering what the YZF would be like to live with today, there’s some good buying advice available on VisorDown here.  I also found a previous post on the RSBFS archives which a nice video of a test of a few older bikes with the Yamaha being one of them (embedded below)

So now we come to the question of the value of this mid-90’s middleweight.  Well a close inspection of the pics show some wear and tear and the spelling errors in the ebay listing are a bit of a concern.  Also given its level of components and condition, its not really a bike that will be likely to appreciate over time.

That being said, the current bid price is below $1600 which seems stupid low (although reserve has not been met). And even though the 1996 Yamaha YZF-750R is the lowest spec model of the 1996 Yamaha 750cc sportbike line, the Yamaha philosophy means that this is probably an opportunity to experience 75-80% of the performance of the legendary OW01 at a fraction of the cost. Perhaps this one is best suited for our more senior RSBFS readers to experience or relive a bit of the 1990’s 750cc sportbike experience, someone who wants to finally experience a EXUP machine without a huge outlay of monies. And I would be willing to bet you won’t see another one anytime soon at your next bike night.