This is one of the later Ohlins equipped 996 SPSs!  Located in Mountain View, California is a 2000 Ducati 996 SPS with 4,500 original miles.  The first year SPS bikes, 1999, featured Showa front forks but starting in 2000, they were equipped with Ohlins front forks.  The SPS bikes also featured Ohlins rear shock, Marchesini magnesium five-spoke wheels, adjustable steering head, a power bump to 123bph and the Ohlins front forks with a titanium nitride coating.  This example has also been fitted with a Termignoni system and carbon silencers, carbon front fender, and carbon rear fender (aftermarket as opposed to stock?).  The asking price is $12,000.  If you’re looking for a piece of Ducati Homologation history and the last of the SPS’s before the switch to R models; see this bike on Craigslist here. 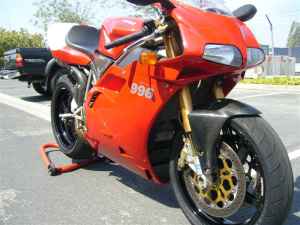 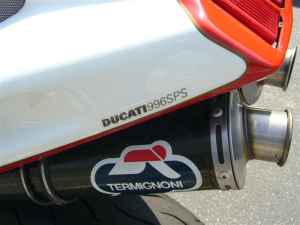 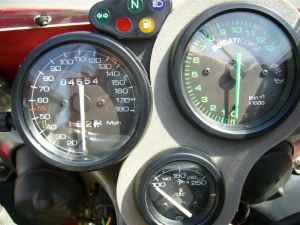