This looks to be a very nice RS250 located in Washington and street titled!  Located in Snohomish, Washington is a 2000 Aprilia RS250 with 7,000 miles.  This bike isn’t a converted Cup bike, it is an original street example featuring a 17 digit VIN.  The seller states that it has a good maintenance history, starts up and runs great but, does have some minor scratches and from the photos it looks to be a bit dirty and there is some slight surface rust on the expansion chambers.  The bike features Arrow exhaust.  The seller states that “I bought it a few years ago with about 3k miles on it…” suggesting that it is the same bike Dan posted in July of 2008 with an asking price of $8,500.  The starting bid is $6,000 with a reserve, we’ll see if this seller can make his money back on this nice example!  These RS’s, and the second gen’s specifically, are fantastic machines and will hold their value well as–even with an additional 4k miles–I’d expect to see this seller get close to what he paid for the bike two years ago.  Again, see our original posting of this bike here.  See this RS on eBay . 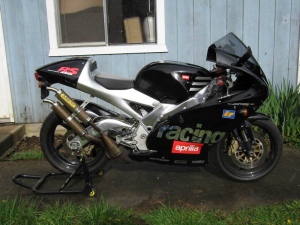 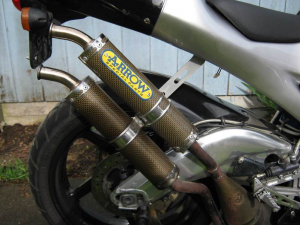 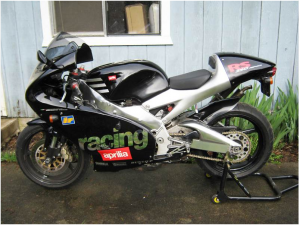 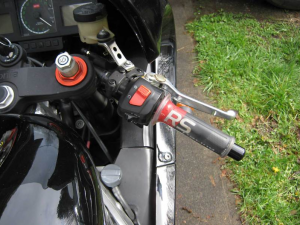