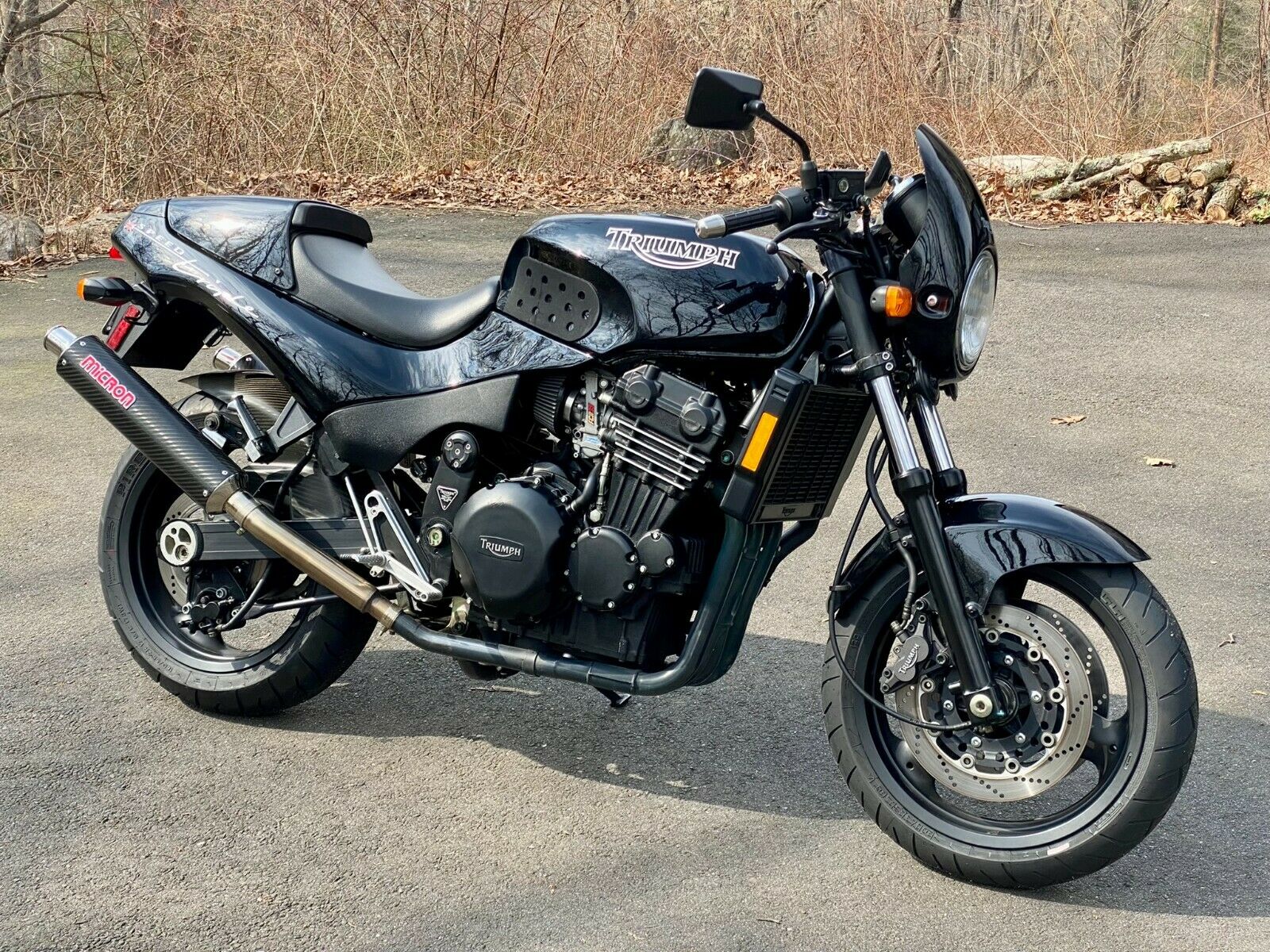 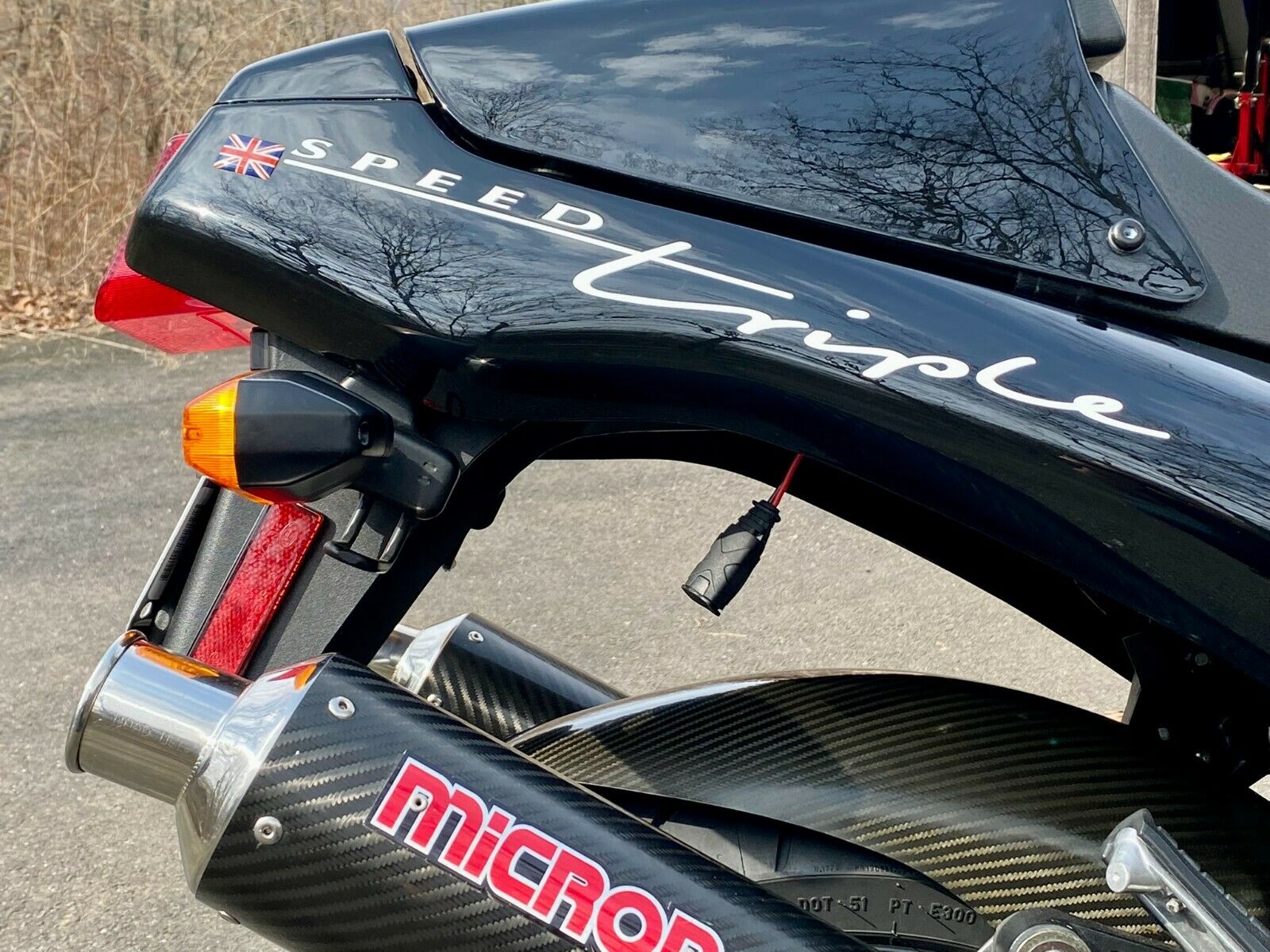 Along about the time Motley Crue’s John Corabi was belting out Hooligan’s Holiday Triumph’s John Bloor was getting busy rebuilding their brand with their own Hooligan- the 855cc Speed Triple. Much like Corabi and The Crue, Bloor’s Hooligan Speed Triple looked the part, but didn’t really have it where it counted. It’s well documented that these early Speed Triples are top heavy, down on power, ill handling and have mushy brakes, but these checked all of the boxes for the nostalgic Triumph fans. Black, British and dare I say quirky? You see, if folks didn’t like old things there would be no Rare Sport Bikes For Sale. People have fond memories of days gone by and still lust after the one that got away (No, I’m not talking about that hot thing from high school).
Today’s 200hp, fire breathing motorcycles are leaps and bounds better than my beloved ZX-7R’s with their torture rack riding position and quirky flat slide carbs, but I/we still love and desire them. Right?

Extraordinary rare example of the 1995 Triumph Speed Triple with low mileage <2000 miles a 2rd owner well maintained, great running bike. High performance carburetors re: flat slide Keihin smooth bore Venturis jetted and matched to the carbon fiber mufflers. This bike is a hotrod when compared to its modern day incarnation and sounds really good when twisting it open and bracing against the acceleration. New tires (<200 miles). Fresh brake fluids, oil, filter, spark plugs. Battery tender. Only racing fuel used. Toolkit under seat. The move to high performance carburetors deleted the choke and changed the direction of the fuel selector. A couple pulls of the throttle primes and a couple press of the starter fires her up. I purchased this bike ~2 years ago and had the mechanic, who had maintained this bike as part of the prior owner's collection, go over the bike, replace the battery, fluids and throw on new tires. I added a battery tender, replaced a grommet where the seat frame meets the rear body and performed seasonal service (all genuine Triumph parts). It sits up on a Abba motorcycle stand, attached to a battery tender when not out on the road. 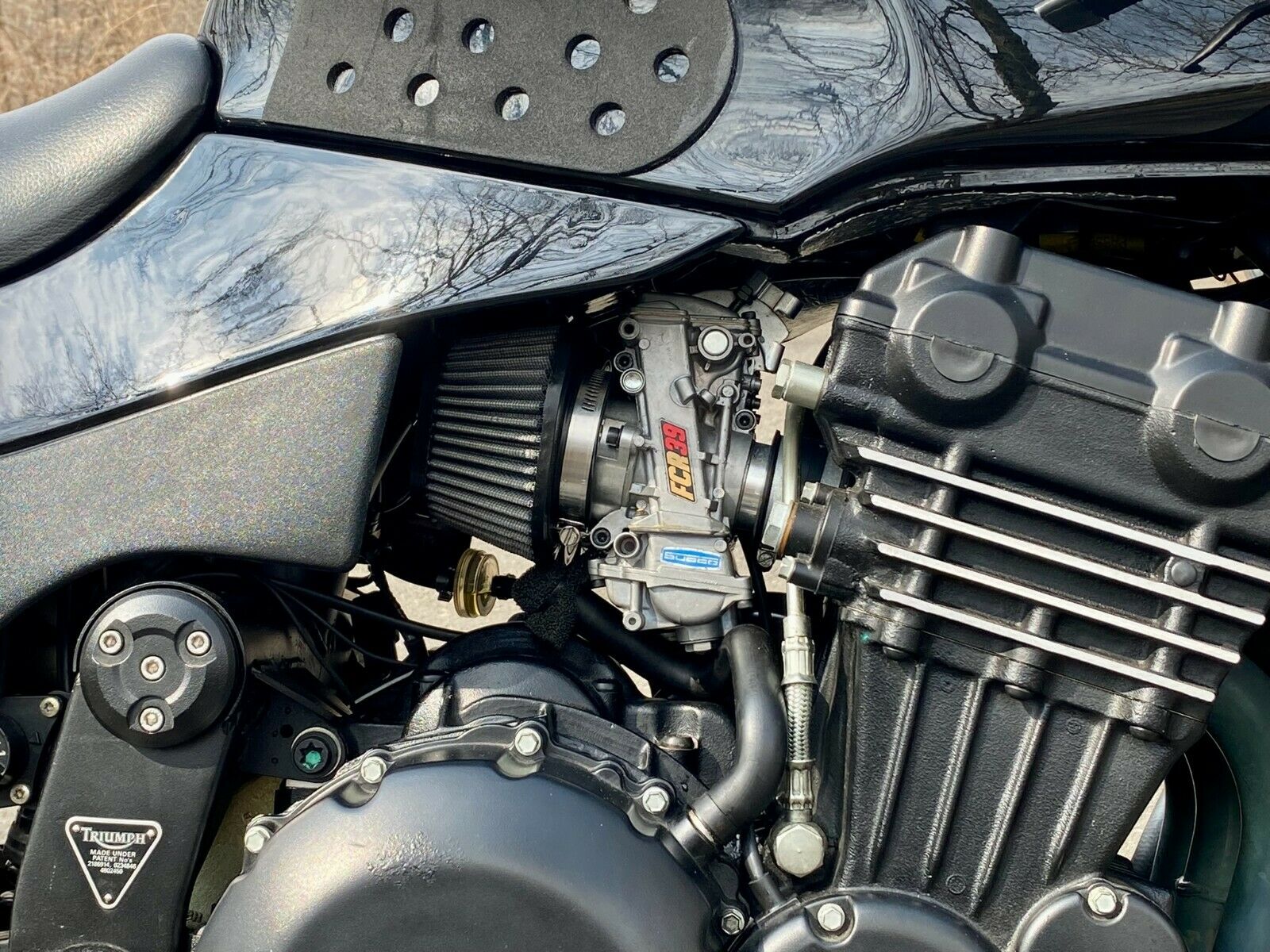 Very, very nice and according to the seller- she’s ready to Rock-n-Roll!

Is a 1995 Speed Triple your one that got away? If so, this one might be for you!

Make the jump here for a walk down memory lane! 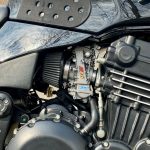 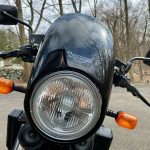 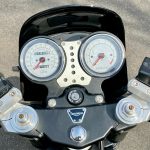 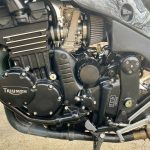 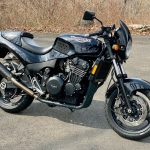 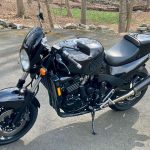