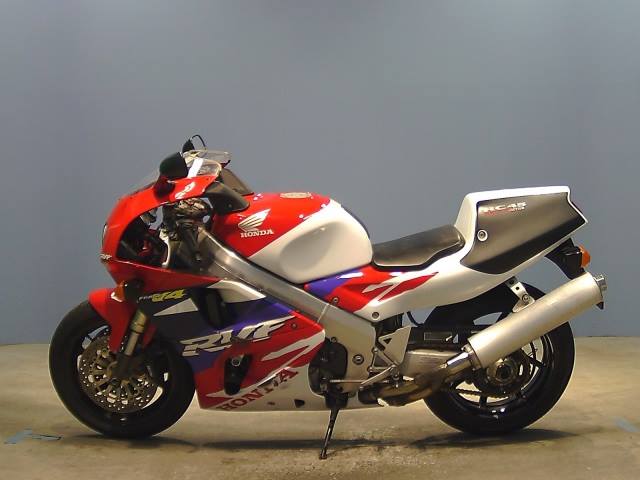 Let’s start Monday with a bang: a 1,400 mile Honda RC45 should do the trick! Described as stunning with minor wear from 20 years of light use. Noted as owned previously by a Japanese collector, it is presumably still in Japan though offered for worldwide consideration from sellers in New Zealand. The buy-it-now price is a $40k USD, which would place it at the upper end of the price range for an RC45 but it’s Monday, we can dream! 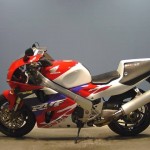 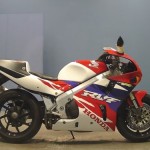 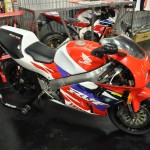 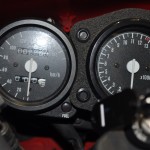 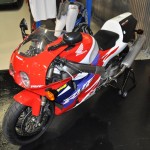 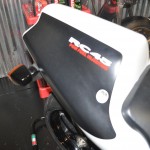 Following the terrific success of the RC30 in the World Superbike Series, HRC was under pressure to produce a viable successor and the RC45 was born. After the iconic NR750, the RC45 is often noted as the most collectable Honda due to its relative rarity. John Kocinski won the 1997 World Superbike Championship on an RC45, followed closely by Kiwi Aaron Slight (trailing by just 3 points).

Just 200 of these bikes were produced in year 1, with many being delivered directly to race teams. A further 500 bikes were produced for the Japanese domestic market with most of these going to collectors. This example is a very rare find, having travelled just 1400 miles in the past 20 years. Frame 257 has spent all of its life in the hands of a private collector in Japan and has been well cared for evidenced by the deep sheen in its paint work. There are a few very minor cosmetic defects in keeping with a 20 years old bike which has been lightly used and never restored, but overall this is a stunning stunning bike.

Carbon Garage is a licensed motorcycle dealer with a showroom, workshop & cafe located in Auckland, New Zealand. We have a partner warehouse in Tokyo, Japan and specialise in sales, service and restoration of classic Japanese superbikes from the 80s, 90s and later. We are motorcycle collectors ourselves and have an extensive collection of homologated superbikes on display in our cafe.

We ship worldwide and can provide a quotation for packaging and freight to the destination of your choice.