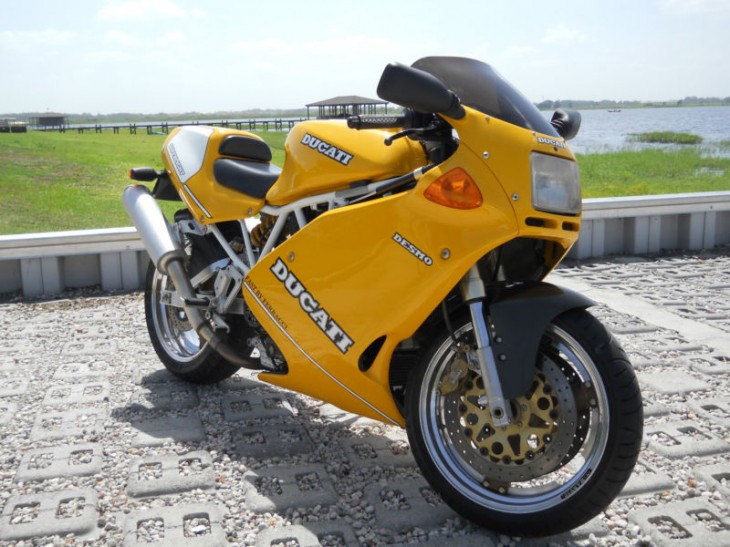 While many know Nick for his amazing customs, he is also a Ducati specialist. This early Superlight still has all the goodies and also has some nice upgrades that any Supersport enthusiast would appreciate. This example has less than 12k miles and looks stunning to this SS owner.

1993 Ducati Superlight for sale on eBay 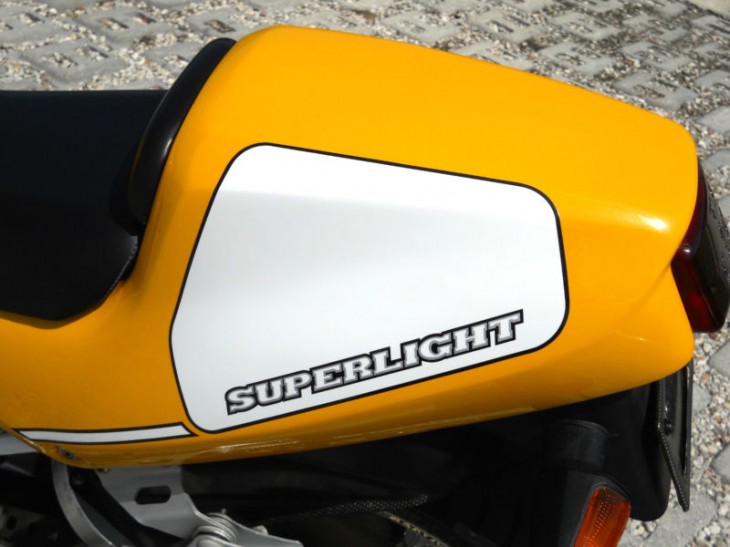 I am offering this collector’s classic in amazing condition including the original owner’s manual and original tool kit. This bike has been extensively gone through mechanically but not restored cosmetically. This bike is #680 of 953 built between 1992 and 1993. One of only two hundred ever imported into the US. These are real numbers not something someone buddy told them over a few beers. Research Ducati Superlight registry online and this will confirm the number as will reading Ian Fallon’s book on the Ducati supersports. This model was only available in yellow in the US and only for one year. The only year superlights were ever available with a white frame, Marvic-Akront magnesium hub with aluminum hoop wheels and lightweight clutch cover. Later years (only available abroad) were only available in the gold frame. They were also downgraded to have the heavier brembo cast aluminum wheels and did not have full floating brembo cast iron rotors. Enough with the history lesson on the Superlight now on to the specifics of this bike.

This bike I purchased recently and have acquired another since then. Cosmetically is have done nothing more than to wash the bike, that’s it! Mechanically I have done the following as the bike sat for over three years from the previous owner.

1. Dissambled the engine to repaint and check neccesary maintenance items an check for deffects,
2. Clutch slave cylinder was rebuilt due to a leak that caused the paint to peel on the engine cover and left side engine case
3. New cam timing belts were installed
4. New later issue Ducati cylinder heavy duty head studs were installed due to the fact that before 1995 the studs were made of satinless and prone to breaking
5. All gaskets ,seals and filters were replaced including base gaskets
6. Valves were adjusted properly and shimmed to manufacturer’s specs
7. All bearings were checked for wear
8. Oil pump was replaced for no other eason than it is 20 years old and why take a chance??

I have taken extensive picture of any of the work I have performed and I am more than willing to share those with any interested parties. I also have documentation of the previous purchase from the former owner including the following.

1. Sales order from the dealer
2. Auto Tarder ad showing teh sale price when he bought it in 2001 previous to that it was owner by the dealer who sold it as a personal bike
3. Paper tag issued at that sale
4. Original owner’s manual in good condition
5. Original tool kit

All the work was performed by me. A short history of who I am can be found on the internet by searching my ebay screen name. I have built countless custom bikes, my work has been featured in over 100 magazine articles internationally, televison as well as having guest wirtten tech articles for motorcycle magzines in the past 16 years . 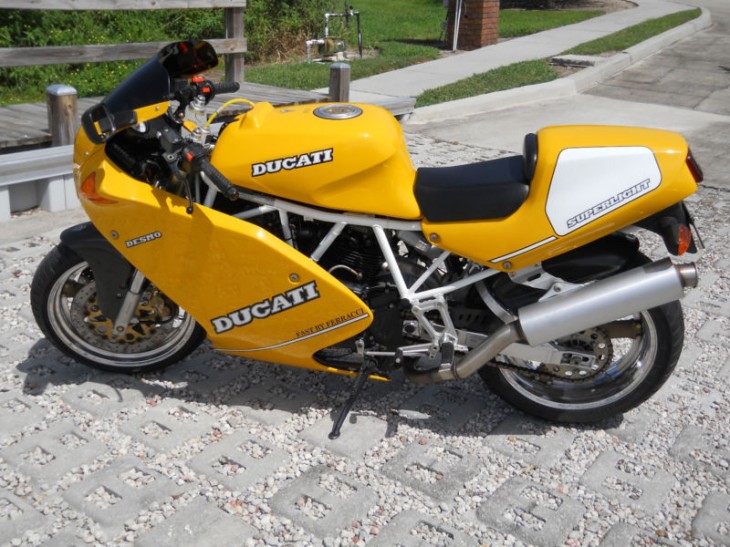