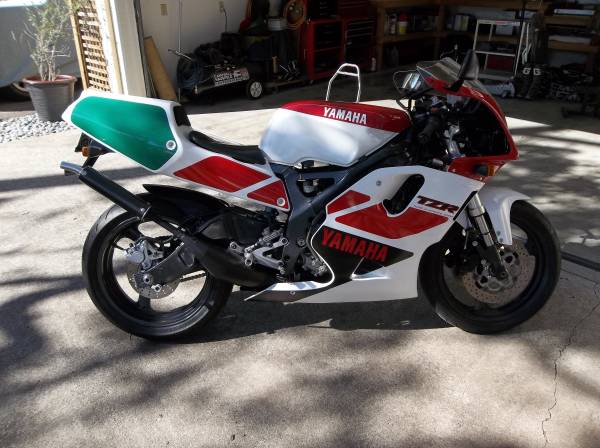 Fans of lightweight machines that favor handling over outright power hold a special place in their hearts for bikes like this Yamaha TZR250 3XV. Following on the heels of Yamaha’s popular RD bikes of the early 80s, the TZR was a road-legal sportbike intended to evoke the company’s pure racing motorcycles. 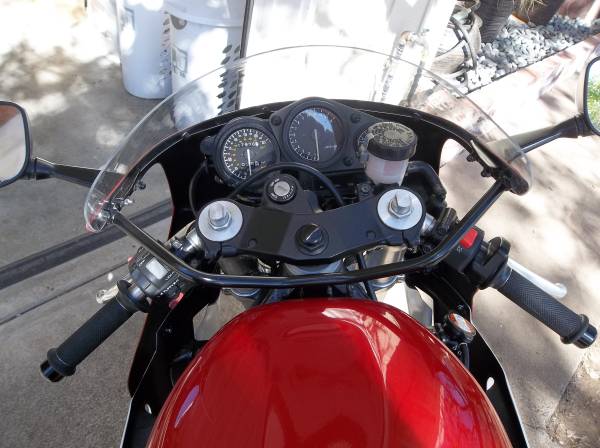 Like their predecessors, they were lightweight, two-stroke sports machines that were originally powered by liquid-cooled two-stroke parallel-twins, although the 3XV version seen here and introduced in 1991 used a 90° v-twin like the competition from Honda and Suzuki, mated to a six-speed gearbox. The entire package weighed in at under 300lbs dry and featured Yamaha’s signature “Deltabox” frame along with a YPVS power valve designed to give the little two-stroke a more usable powerband. 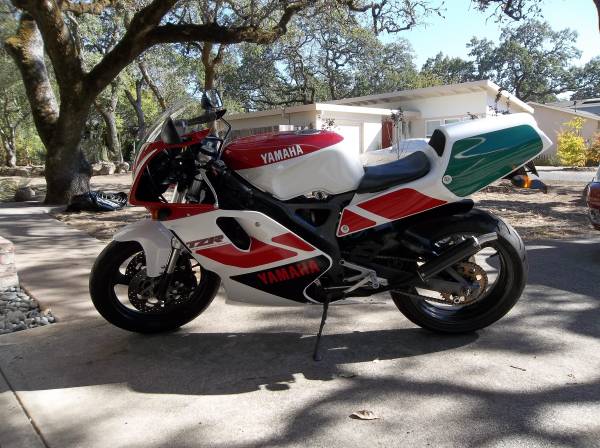 From the original Craigslist post: 1992 Yamaha TZR250 for Sale

I have a 1992 TZR-250 3XV-4 with a wet clutch. This is a R model. I completely restored this bike with new OEM parts. The engine is completely rebuilt, all new transmission bearings, seals, gaskets. Cylinders replated with pistons and crankshaft rebuilt by Roland Cushway. New OEM manifolds and reeds, carbs were also rebuilt, front forks rebuilt and rear shock is a Nitron from the UK. All cables were replaced and brakes rebuilt. Tires are Bridgestone S-20 front and rear. The body work is high quality fiberglass from Japan. The chassis and engine have less than 200 miles on it. I have tons of extras and spare OEM parts. Also front and rear stands. I have over $17,000.00 invested in this bike. 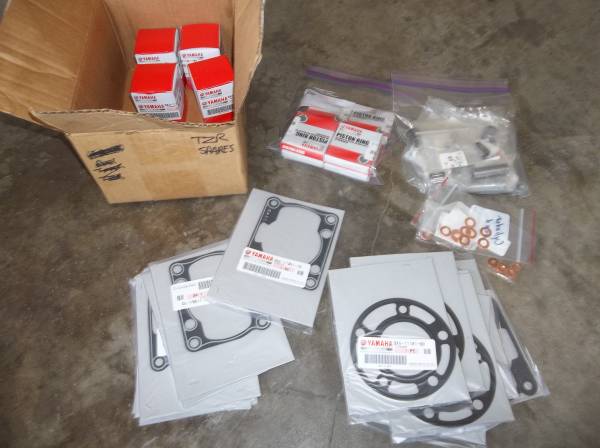 Commenters often express concern about sourcing parts for these two-strokes, but that shouldn’t be too much of a problem here: a number of shots are included of the extras and it looks like you should be able to to keep this bike on the road for a long time to come, including clutch plates, rings, gaskets, sprockets, levers, and what looks like a whole case of NGK spark plugs. The bike is in Northern California and does have the road equipment fitted, but the listing doesn’t specifically mention whether or not it’s actually titled. I’m assuming it does for that $12,000 asking price.

That’s a ton of money to part with for a TZR, but this looks like one of the nicest we’ve seen in a while. 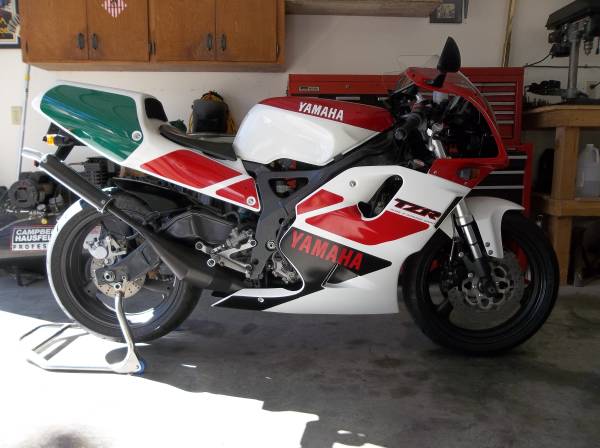