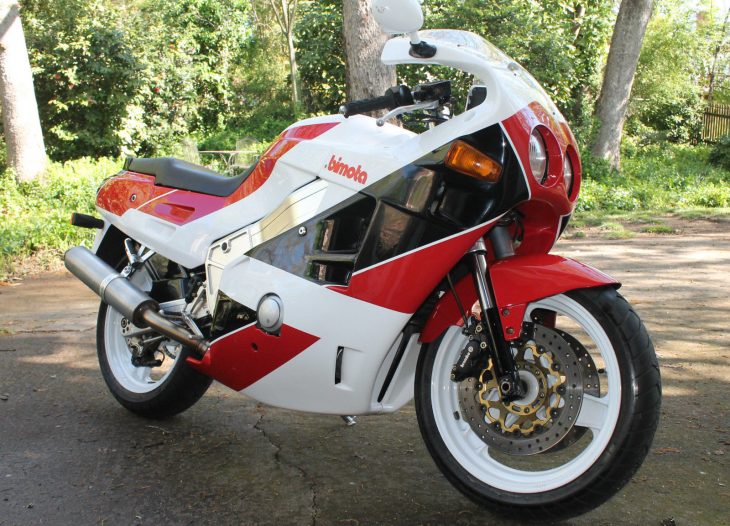 Bimota sportbikes tend to get a bad rap at RSBFS as they are inherently rare, but they’re always available for sale as well. This particular example isn’t your garden variety SB6R though. This is the YB9 which utilizes Yamaha’s FZR600 engine. The seller notes that only 145 examples were produced worldwide making it very rare indeed. We have only posted a YB9 one other time in 2009. This example has actually been ridden with nearly 17k miles but is reasonably priced at $7,950. 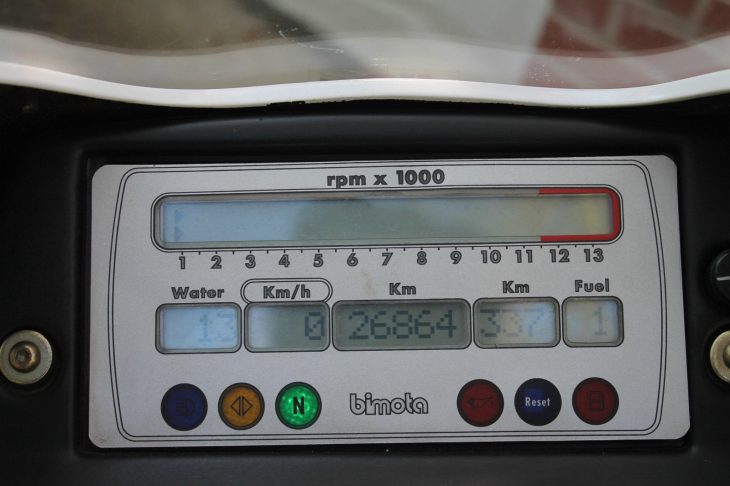 The Bimota YB9 Bellaria was produced from 1990-93. Only 145 in total were made, making this an exceptionally rare motorcycle, even by Bimota standards. It’s unknown how many have been imported into the U.S., but I have seen no others listed by owners in recent years. Most Bimotas were not given a name, but in this case Bimota decided to call it the Bellaria, which means “beautiful air” in Italian. The YB9 uses Yamaha’s FZR600 engine, with a Bimota airbox and exhaust system boosting power to 95 hp. The frame is the crown jewel of the bike, a beautifully crafted twin-spar alloy frame with 42mm inverted forks and aluminum swingarm. Brembo four-piston calipers are up front, with Brembo two-piston in the rear. The YB9 is notable for its sporting but less extreme riding position and was the first Bimota with a two-passenger seat.

This 1991 YB9 is in excellent condition mechanically and cosmetically. The frame and running gear are in exceptional condition for a 25 year old motorcycle. The instruments were far ahead of their time, with digital readouts and backlighting on the tachometer, and are all still operating as designed. The original bodywork was repainted to a very high standard by the previous owner. The factory baby blue color was changed to classic Bimota red and white. It’s a matter of taste, but in my opinion the bike looks far better now than in its original color scheme.

This YB9 was serviced last year by Bimota Spirit, the leading Bimota service shop in the U.S. The Mikuni carburetors were completely disassembled and cleaned, new air and oil filters and battery were installed. New rear brake pads have also been fitted. The bike starts easily and the engine runs and performs as expected. An auxiliary fan switch can be activated at the rider’s discretion. The battery is wired for a Battery Tender, which is included in the sale.

This is a great bike to ride anywhere, but especially on backroads. It has remarkably stable but quick handling, combined with thrilling high-end power from its 600cc four-cylinder engine. If you don’t think 600cc is enough engine, you will change your mind after the first ride on this YB9! I recently displayed the bike at Charlotte’s Motori Italiano, where it received much attention and admiration.

Note: There is some slight weeping from one of the fork seals, new owner will need to address this at some point. Otherwise, a flawless Bimota. 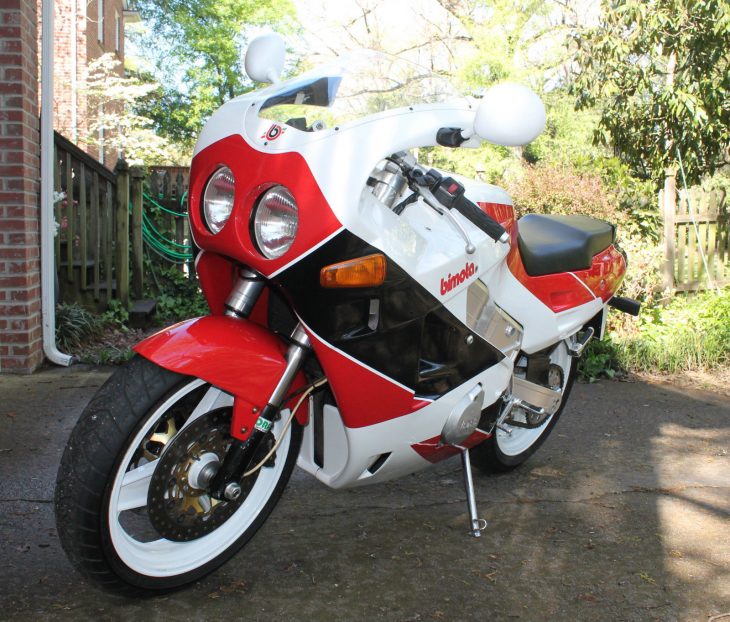