Here is a VFR400R located in California!  Located in San Mateo, California is a 1990 Honda VFR400R.  The seller states that this bike has been “…brought up to EPA and DOT standards.”  At a cost of $8,000.  However, registration hasn’t been renewed since 2007.  It should be known that, in California, you’re required to pay all back licensing fees when registration is finally renewed; that means by, you, the buyer should you choose to keep it in California.  For being a 1990, this bike has a different headlight and tail piece.  Does anyone know the reasoning for that–certain market pieces?  The bike also features a non-stock paint scheme.  The asking price is $5,000; which is higher than we’ve seen for California titled NC30’s but, it would be interesting to know if this bike is completely legal without any loopholes or grandfathering in it’s past.  See this bike on Craigslist here. 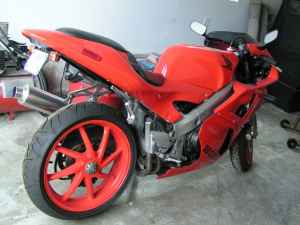 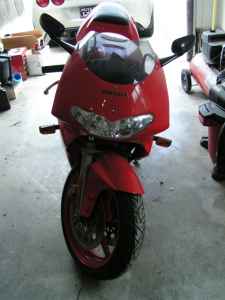