Continuing with our CBR week- We’ve featured several bikes from this collector over the past year and all of which have been extremely nice and most importantly rare. 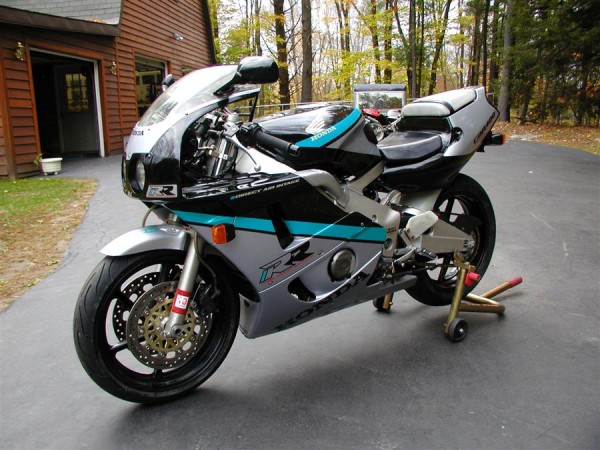 NC-29’s are indeed rare on this side of the pond, but do pop up from time to time. Oddly enough, this is the second CBR 400 that RSBFS has featured this week (the first one can be seen here).

The NC29’s have similar specs to other 400’s of the period such as, about 60hp, dual floating front disc, aluminum frame/swing arms and the all important racer boy look and feel. Although the CBR 400 has the nickname “Baby Blade” it is in fact the older sibling to the 900 Fire Blade. That’s right, the CBR 400 Fire Blade was first produced in 1988 and we all know that the 900RR Fire Blade was first produced for world markets in 1992. I owned a 1993 CBR 900rr and still to this day miss it :(. But, I know a few of our viewers have some 93’s squirreled away (cough, cough- hoarders) for a rainy day so I do keep the flame.

As much as it pains me to do this, I am putting up my NC29 CBR-400rr for sale. I have owned this bike for years and now have a new grandson to spend money on. My baby RR has new Pilot Powers and Motul 300v synthetic in her veins, Motul brake fluid and Prestone anti-freeze. Fox rear shock, steering damper, F-3 rear wheel conversion (17 inch) and progressive fork springs. ALL lights and electronics are 100%. I have safety-wired most every critical bolt because frankly I don’t like thinking about wheels, brakes or oil plugs falling off. My bikes runs and rides perfectly. She is jetted and piped accordingly for optimum performance. Cosmetically all original and has a few rash marks from previous owner.

So there you have it- a collectible rider that you can have fun on and not worry about scratching because they’re already there. And let’s not forget the fact that you could pick this one up for $4,500 bucks! If there is a negative side to this bike it’s probably the F3 front end, but I’m sure it allows for a whole lot more adjustability over the stock front end. And should you decide to pick this up and continue the upgrades I can’t help but recommend that you visit our friends at Tyga because they have some bad a** parts for the NC29 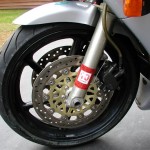 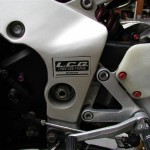 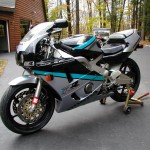 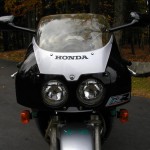 The seller has graciously made a couple of videos for your viewing pleasure should you be in the market for a Baby Blade.