Update 3.4.2014: When this bike was first listed in January, it passed it’s reserve of $26.5k and went on to sell for $38.6k. Unfortunately that sale has fallen through and it’s back on eBay. Considering there were at least 5 bidders after reserve had been met, it should be interesting to see where it ends this time. Links updated. -dc 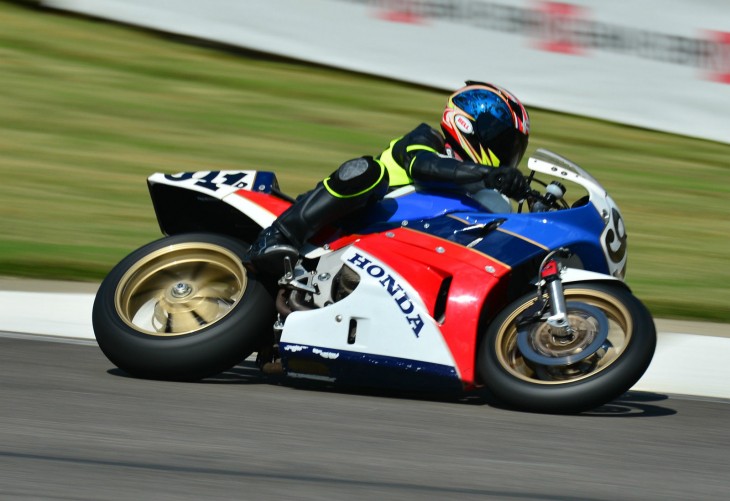 It’s hard to know where to start with something this special. An RC30 with all the goods, arguably one of the most collectable bikes of it’s era. It has provenance from period racing, it has the unobtainable race kit parts, and it’s fresh out storage after 18 years. It appears in a couple of AHRMA races last year after being refreshed and promptly finds itself at the top of the podium. Bidding has been brisk with just a day passed so far and 9 days remaining. What’s your fantasy bid for this once in a lifetime opportunity? 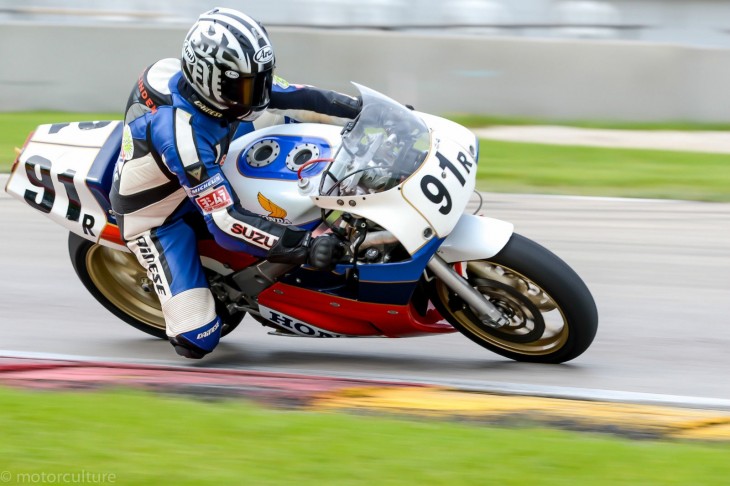 Bought in Canada in the winter of 1987, Dr. Dave Kieffer, a privateer AMA Pro Racer who was also a pioneering orthopedic surgeon wanted to get the jump on the competition by ordering Honda’s newest Superbike weapon for the 1988 AMA Superbike Racing class by buying a Canadian model of the new hand-built HRC Honda RC30 in the hopes of readying it for Daytona Bike Week in March of 1988. Unbeknownst to him, Honda chose not homologate the bike in the USA until 1990, making his new RC30 ineligible for 1988 AMA Superbike competition.

Without homologation, the RC30 was ineligible to race in AMA Superbike until 1990, finding himself saddled with this new weapon, Dr. Kieffer then set his sights on competing in the AMA EBC Endurance Series in the GTO class and ordered the HRC race kit and had his team of former Honda Factory mechanics prepare the bike for the first 3 hour race of the 1989 AMA series in Daytona. Doc then went about recruiting a group of leading privateers and formed his new endurance team; The Rough Stock Racing Honda All-Stars. Over the course of the 1989 series, The All-Stars consisted of: Dr. Kieffer, John Ashmead, Rueben McMurter, Randy Renfrow, and Doug Brauneck.

In the first race of the 1988 season at Daytona, the team of McMurter, Kieffer and Ashmead came in 2nd to Dave Schlosser’s Dutchman Racing, multi-time Endurance Racing Champions, placed 3rd at Rd Atlanta, 1st at New Hampshire, 4th at Daytona in October and placed 5th in the year-end GTO standings competing against big horsepower teams using 1000’s and 1100’s.

In 1990 Honda the RC30 was homologated and became eligible for AMA Superbike competition. The bike was updated with Honda’s latest “HRC factory- team spec” components by Ray Farrow and Dennis Zickrick, former Honda Factory team mechanics and was raced from ’89-92 by Dr. Kieffer in AMA Superbike Championship and the FIM World Superbike rounds at Brainerd, MN and Mosport Park, Canada . Doc was given assistance in parts and modifications by American Honda and numerous factory-backed racers, race teams and Honda own factory team who were friendly with Dr. Kieffer because he helped so many injured racers return to action as soon as safely possible. Fred Merkel was particularly helpful to Dr. Kieffer and help Doc get all the latest mods from the Rumi Racing’s RC30 World Super Bike team.

The bike was retired from racing in 1993 and properly prepared for storage where it would sit for the next 18 years. Because the bike was so well maintained and prepared, the bike was easily re-awakened over the winter of 2012-13 and thoroughly race-prepared by International Motorbikes of Hickory, NC. The bike was then entered in the Road America AHRMA Next Generation Superbike event where it placed 2nd on Saturday and 1st on Sunday with Harry Vanderlinden riding. At AHRMA’s Barber Vintage Events in October the RC30 was again entered in Next Gen Superbike and won on Saturday and placed 2nd on Sunday, again with Vanderlinden at the controls.

The bike is currently race ready and is more than capable of winning the AHRMA 2014 Next Gen Superbike Championship and is eligible for numerous Vintage events around the world including The Isle of Man Classic and the Phillip Island Classic.

The bike comes a spare set of painted bodywork and both a front and rear HRC Magnesium wheel with rotors. A very extensive spares package is available separately which include enough spares to keep you racing for years and year. 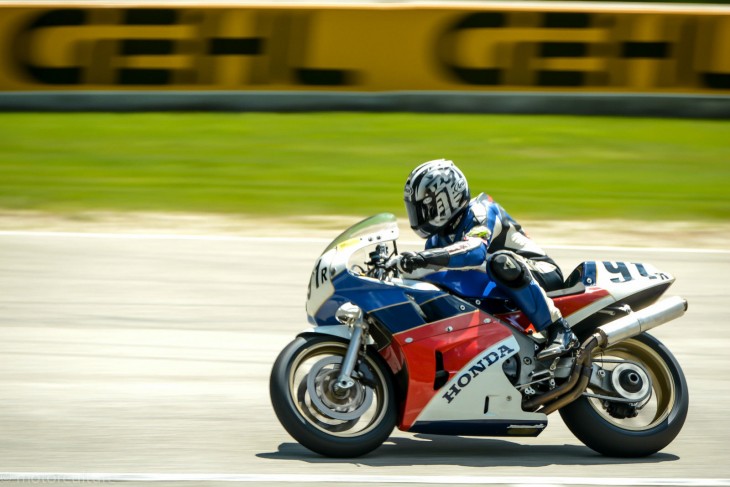 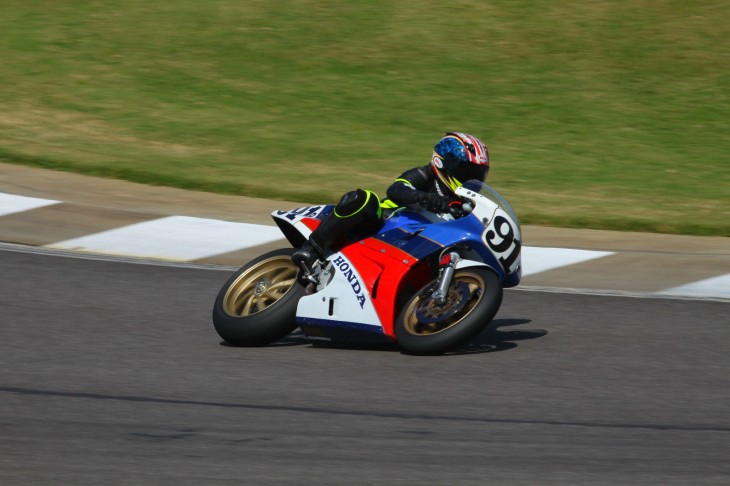