Update 8.9.2013: Originally we posted this R1 in February. It has been relisted a few times but is now showing a buy-it-now of $7k, which seems closer to what the market will bear. Links updated. Happy Friday, -dc It seems hard to believe that the original R1 is now 15 years old, probably because it still evokes a strong emotion when spotted — especially in the white on red! With 150hp stock and 448lbs wet, it’s no wonder why it was so attractive then and why it is still intriguing today. 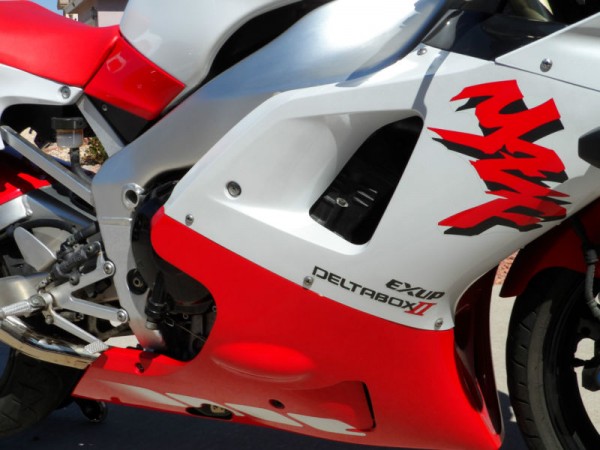 This particular example has only 4700 miles but has been in storage and the seller reports that it will need some attention to get it road ready. The buy-it-now is set at a lofty $8500, but I suspect that is more intended to keep low-ballers out of the seller’s inbox. Hopefully a realistic offer will find this bike a new home.

The rare one and most sought after in RED WHITE number 79. SUPER LOW MILES just 4,738 original miles. Has after market pipe but i still have the original one that came with the bike. super fast. Bike has been stored since 2011 so fuel has lost its octane already so you will need to flush and add new fuel. new battery has original tires but i also have a new set that will go with the bike. Bike will start but missing due to fuel octane lost during storage.Bike has never been dropped and adult driving only. Never raced or mistreated. 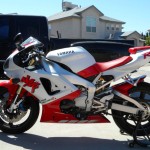 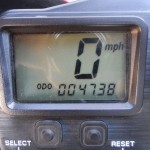 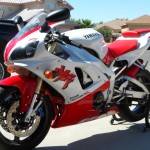 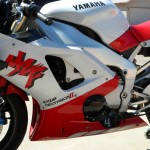 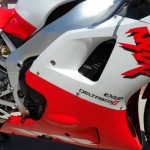 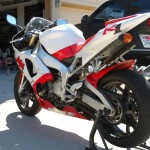 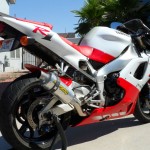