Evolving from the now-vintage RD350, Yamaha made a splash with the first perimeter frame for the RZ350, along with the YPVS power valve and rear monoshock.  Due to emissions concerns it was short-lived in the U.S., but this example is better than excellent. 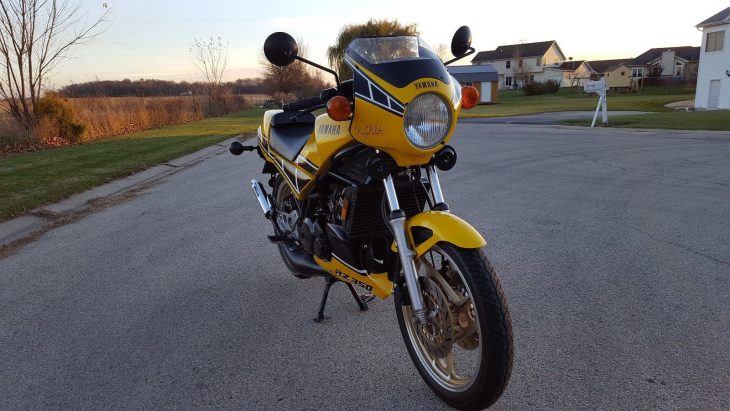 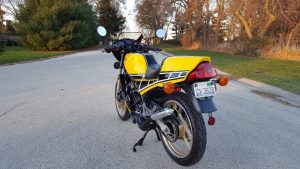 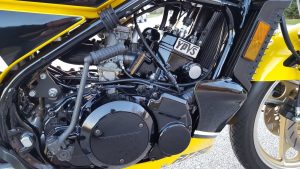 Yamaha’s 347cc parallel twin is water cooled and has oil metering, making its 50-plus hp at least less troublesome.  An early adopter of catalysts and vapor canisters, the RZ had a temperature warning light on the dash for the cats.  Emissions were also reduced by the YPVS ( Yamaha Power Valve System ) moveable exhaust port, and its rudimentary computer control extended the twin’s powerband.  Elsewhere the bike was well-equipped for the day, with 32mm conventional forks, preload-adjustable rear monoshock, and 267 mm disk brakes disks all around.  The flowing lines of the tank and seat fairing were complemented by the handlebar mounted bikini up front, available in red/white or Kenny Roberts yellow paint. 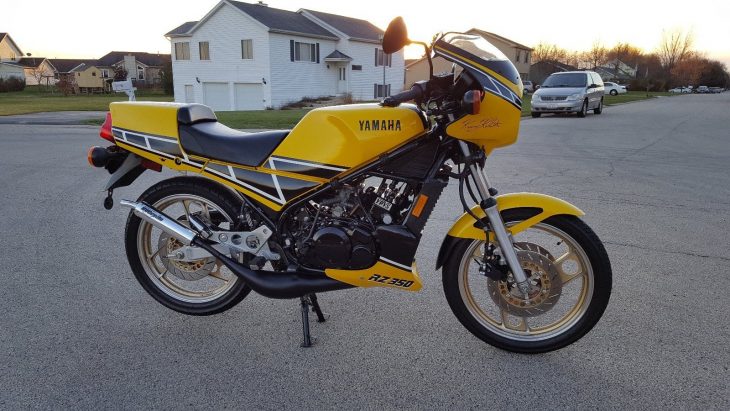 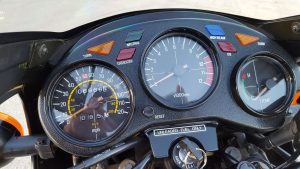 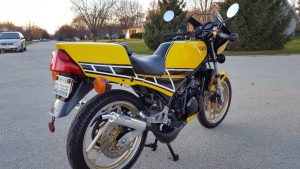 Not often seen so original, this RZ350 comes out of Illinois with just under 7,000 miles.  Exhausts have been updated to expansion chambers and mufflers, but elsewhere it’s surprisingly unfettered, and the factory finishes around the bike are beautiful.  Most often seen with a dual seat, this one has the sporty monoposto.  From the eBay auction:

Up for sale is a 1984 Yamaha RZ350 K/R. This bike is in Museum quality condition. Paint on entire bike is original and in like new condition. This bike comes with the single seat option. All dual seat parts are included with this sale. Bike has Chamber exhaust from HVC cycle. Carbs have been jetted for exhaust and a Y boot with a K&N air filter attached. Look, at all the pictures and check out the video attached, lots of info can be had from this. If you are looking at this bike then I’m sure you aware of its heritage and the somewhat rareness of it. There are only 3 minor flaws, 1- the windscreen on the bike has a crack about 1 inch in length. There is a brand new NOS screen in a box that will go with the bike. It has never been installed. 2- The speedo is what I call sleepy. After the bike sits for some time the bike has to be ridden approx. a mile before the speedo will register. This has been this way since I’ve owned the bike. Always works so I’ve left it alone. 3- There is a super small ding in the tank in the very front right side than cant even be seen unless your really looking. Just want to be real honest.  I didn’t see it until I owned the bike for several years. I’ve owned the bike approx. 5 years and have never had a ounce of trouble with just regular maintenance.  The bike is being sold without a warranty and shipping is up to buyer. I can store the bike for a short time in a heated garage. 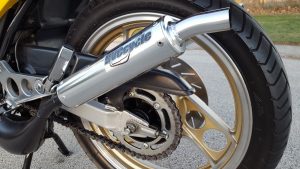 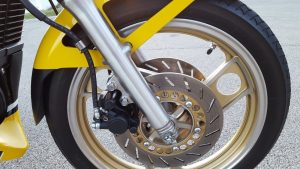 Light weight was always the RZ’s unkept secret, fully fueled it was still under 400 lbs., allowing the limited horsepower, bargain suspension and diminutive brakes to work their magic.  Many of the model found their way to the track, or were modified for the street, but the RZ350 presented here has been spared most of that agony.  Likely to continue as an occasional rider or show bike, the original equipment and finishes make this Kenny Roberts edition very special… 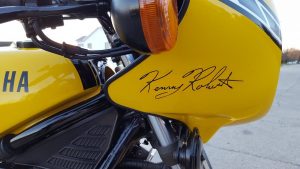 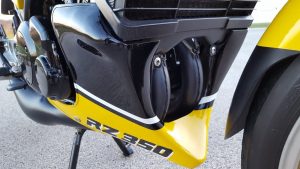 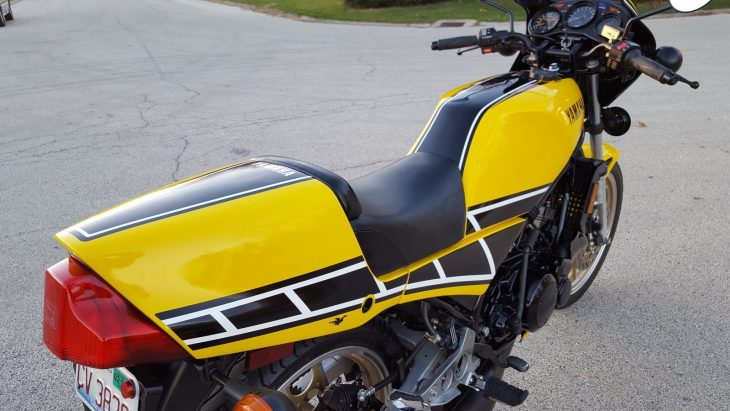