Here is one that to my knowledge has only been on RSBFS once before, a  Wadon 250cc powered by a tandem twin two stroke.  The pictures aren’t very good but the concept behind the bike is certainly interesting and this is supposed to be one of the Waddon company works racers so I thought it was worth a post. 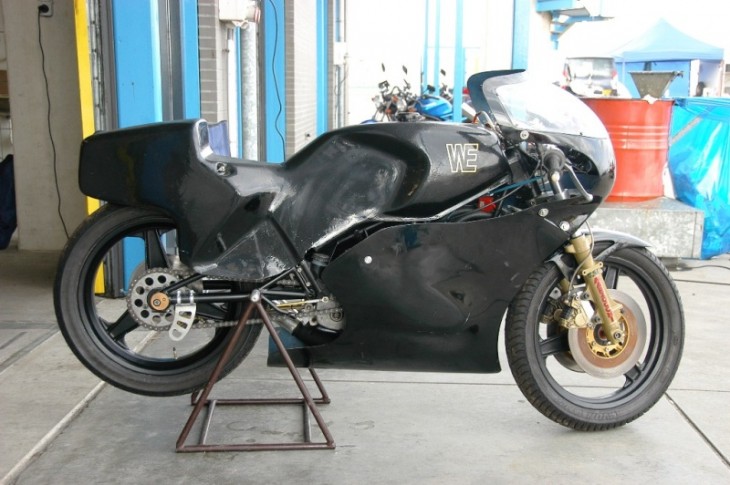 NOTE:  The pic above is of a different bike than the one in the auction (note the different tank decal) but I posted due to the low number of pics in the actual auction.

Personally I wasn’t familiar with the tandem two stroke concept prior to writing this post but what I can find out, back in the mid 1980’s Rotax offered a 250cc tandem two stroke engine as a powerplant.  The engine was essential a pair of two stroke cylinder units whose pistons rose and fell together but one cylinder ran forward and the other backward while tandem gears were linked to the cranks and kept everything in sync.  The engine came with power valved exhaust ports, rotary valved intake ports and incorporated a dry clutch, straight cut primary gears and water-cooling.   While it sounds a bit wonky the result was apparently quite something, with a properly tuned tandem two stroke Rotax able to produce around 90hp which was big power for a 250cc in the mid 1980’s. 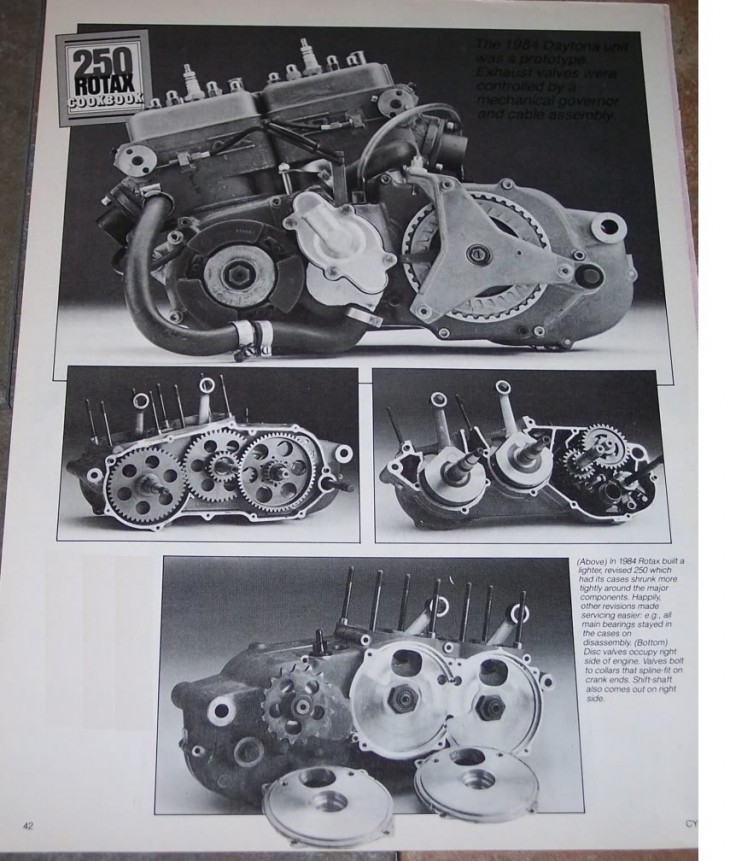 The Rotax engine allowed smaller manufacturers to go racing, with perhaps the most well known of these being Aprilia. In this case it was used by the Waddon Performance Products company in the UK (which was predominantly a frame maker) as the powerplant in a series of racing motorcycles.  The Waddon racing effort was launched in 1981 and featured the rotax engine mounted in the tubular spine frame the company was renowned for.  The bike was competitive but not wildly succesful and Waddon folder up shop shortly after. 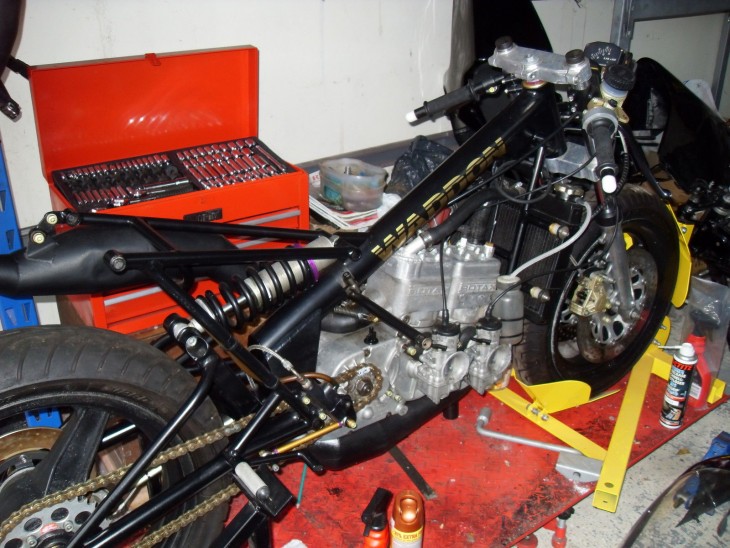 Here is what the seller has posted in their ebay uk listing.   Its a bit sparse and more pics would be nice. 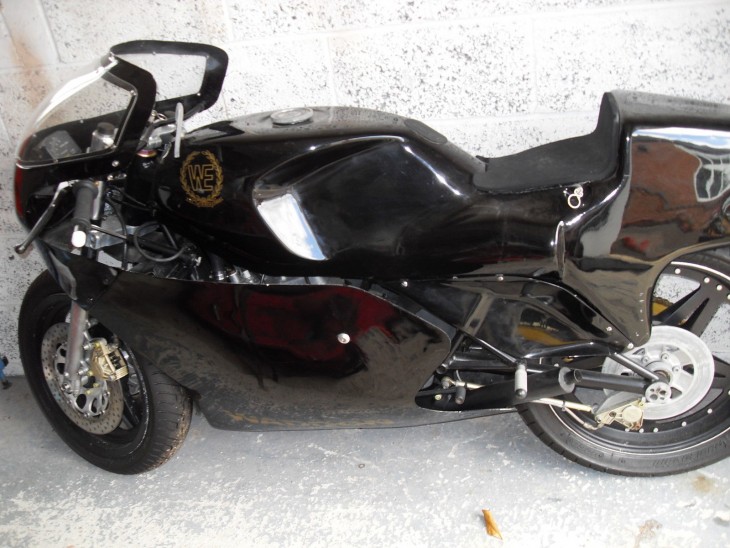 What is this piece of British motorcycle racing history worth?   Well bikes from the early 1980’s that fall into the “Classic Grand Prix” class seem to be creeping up in value but most of the trading seems to be occurring between serious collectors or curators.  Prices seem to still be hovering around 15,000 USD as evidenced by Bonhams listings from a few years ago and what we have seen previously on RSBFS.     While it is interesting and is certainly a rare sportbike, I think this one will appeal most to the technically minded collector or someone who remembers the bike from their youth.